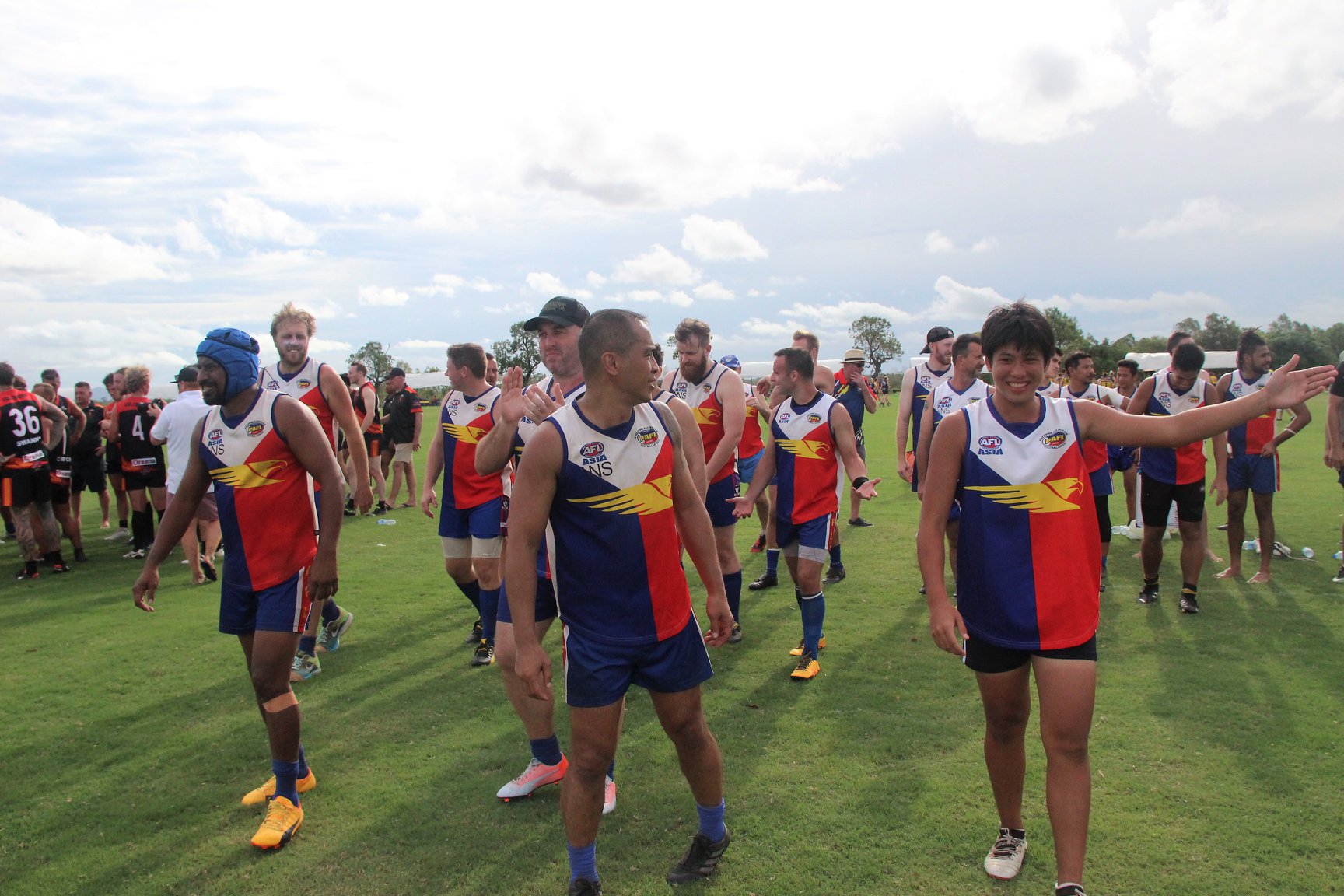 The ultimate aim of establishing Aussie Rules in the Philippines was to put a team together to at least compete with the other teams in Asia. The first hurdl

e that confronted the PAFL was getting the numbers together on a regular basis. The second and more difficult hurdle was maintaining them.

It was then in early 2004 that the co-founders Peter Stone and Derek Ackary came up with the idea to set up a mini league with modified rules on a smaller ground and adapting the rules so that the game could be played by teams of at least 6-9 players, as we knew getting 36 or more people to turn up week after week to sport two full teams was too big a challenge. On top of that, we knew that having plain old training week after week would become monotonous very quickly and Aussie Rules in the Philippines would die just as quickly as it started. We felt that having a regular competition going, even if only on a small scale, would attract more attention and get the competitive juices flowing for the participants, hence helping to maintain the regularity and keep the momentum going. By combining our two regular teams, the Dingoes and the Eurekas, we end up with our goal being achieved – a national team, the Philippine Eagles.

The Philippine Eagles have now played in eleven international tournaments with the most recent being the Asian Championships on August 17, 2013, in which we made it through to the Grand Final against the Hong Kong Dragons. Unfortunately, the Philippine Eagles weren’t able to come away with the victory but in 10 short years, we are very proud to have made it into the final of the biggest Aussie Rules tournament in Asia. This is coupled with the success of winning the Manila International Cup on May 25, 2013, our first win in any tournament since our inception in 2004. The Philippine Eagles are fast becoming a force in the Asian football circuit!

The Philippines is gradually starting to build a competitive national team, mostly through the success of the Manila Cup tournament, and it is good to see some native Filipinos getting more involved in this great game. PAFL will continue to develop the game in the Philippines. The next step is to develop a national team that is comprised 100% of Filipino players! Once we achieve this, PAFL will have met it’s long term goal. Hopefully from there, Aussie Rules will continue to prosper in the Philippines for many years to come

Most Games Played by an Eagle

Since the first game in 2004, the many talented and loyal players after represented the mighty Eagles.

Most goals by an Eagle

Since the first game in 2004, the many talented and loyal players after represented the mighty Eagles.